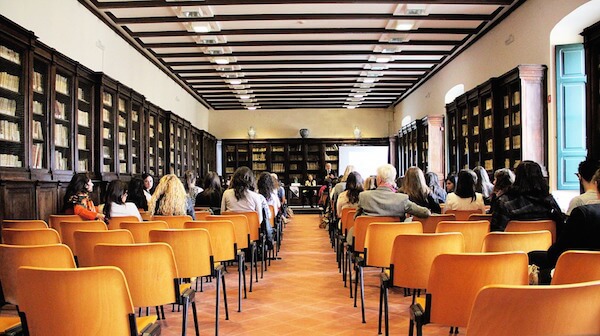 Breaking Into A Marketing Role

0 reviews - Be the first to review.

During this event, we will discuss how to break into a digital marketing role. Lida will also give you practical tips that you can implement right away. The advice shared is geographic-independent, and will help you in the SF Bay area, in the US, and beyond.

She will help you to shift perspectives in applying to marketing roles, whether you have worked for public / private sector in the past. She will help you see your previous experience as an asset, even if you feel that your experience is not exactly transferable in the digital marketing context.

Who Should Attend?: This event is targeted for people who would like to break into, or advance their career in, digital marketing.

Lida has 10+ years of experience, ranging from working in a Fortune 1000 company to a venture fund to startups. Initiatives and teams that Lida led include: launching a national incubator, advising startups that have raised over $500 million, and winning international competitions, such as the Google Startup Battle award out of 1000+ teams.

Lida is very passionate about diversity and inclusion in tech and beyond, and she has honored it by speaking. In the last year alone, Lida spoke at conferences and events at ACT-W, Diversability, ExpatWoman, Google, Latinos in Tech, MakeSchool, Outco, PWIT, Tencent, ThoughtWorks, Twitch, WellsFargo, Women in STEM, and WEST (Women Entering and Staying in Tech).

Lida has had experience in initiating, leading, and completing projects in Australia, Bénin, Canada, France, Italy, Japan, Malawi, Switzerland, the UAE, UK, and USA. In short, she has lived and worked on all continents, and speaks 3 languages well (and another not as well).